Well, I did say our layout this year is subject to change.

Unfortunately prices have gone up over 70% on pixels and pretty much everything else it takes to do a show like ours. Availability of hardware like controllers and other electronics has also been limited due to ongoing chip shortages. Don’t even get me started on the cost of wire…

So, we’ve had to scale back our expansion plans. We won’t be doing a “Maxi-Tree” or larger mini-trees, and will not be doubling the vertical resolution of the Mega-Tree. We will still be adding more strands and 600 more pixels to it though. 🙂

We are also still re-arranging things and adding a few new smaller elements like additional stars and micro-trees. As of now we are still doing the Starburst on top of the Mega Tree too, but if that falls-through it will have the big star on it again.

Of course, this is subject to change too, but right now we have enough bits and pieces in-stock to make it happen!

I’ve been working on assembling and testing open-source differential receivers, which I will hopefully get around to posting an article about soon. I started collecting parts for open-source controllers as-well, but shouldn’t need them this year, which is good since all the chips aren’t readily available. I’ve also been dabbling with designing my own circuit boards, which has been challenging but fun. Unfortunately we have a lot of other things going on right now, so I probably won’t get around to many new articles until Fall. 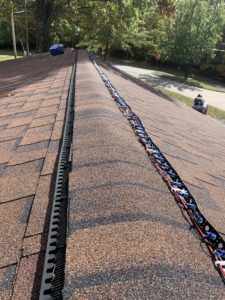