Most of North America has struggled late this week, just before Christmas, with record cold temperatures. Like much of the country, we saw rapid temperature drops, snow, and high winds as the storm line passed us. On Dec. 22nd, 2022 we went from 43℉ into the single digits in a matter of hours, and had an overnight low of -6℉. We also had sustained winds of 25-33mph, with gusts in the 40s-50s, with occasional whiteout conditions. We only got maybe 2″ of snow, but it was blowing everywhere.

These were just before 6pm on Dec. 22nd. It rained late morning, and then the bottom dropped out on the temperature, and the wind and snow picked up rapidly after noon:

Fortunately our pixels survived, and even our projector made it through, which I was really worried about. Some folks on the xLights and AtmosFX forums have been asking about what to do with projectors in this kind of weather. I posted my solution as an update here: Projector Enclosure (2022) (Scroll down toward the bottom.)

Others were concerned about controllers. My best advice is to keep them powered-on. They all generate heat and should be okay if they aren’t turned off. Some suggest putting a C7 or C9 bulb in them, but most didn’t really have the time to retrofit all of their control boxes (I sure didn’t- I had to work). Because our temperatures are so variable this time of the year (0-60℉), heating the controller boxes all the time isn’t advisable anyway.

I went ahead and ran our show last night, even though the roads were bad and I knew nobody would actually come out to see it. I figured if everything was already powered-up anyway, I might as well run it. We probably just entertained ourselves and a few neighbors.

The only casualty, which actually showed up that morning, is our Mega Tree Starburst topper. It is malfunctioning and strobing multiple colors in the lower half. Unfortunately, I can’t fix it as we don’t have a tall enough ladder, and lowering the tree to get to it will be too much of a mess, especially with a “high” temperature of 10℉. I’m hoping it “fixes itself” (which can happen), perhaps due to water in a pixel or connector that will hopefully freeze and dry up. Otherwise, it’s not bad enough that I’m all that worried about it. The show must go on, and I’ll fix it for next season. If the whole thing fails, or it gets much worse, I will just disconnect it.

I hope everyone else fared as well yesterday/last night. I know the two other shows in our area ran last night as-well. The snow definitely adds to the magic, so it should look great tonight! 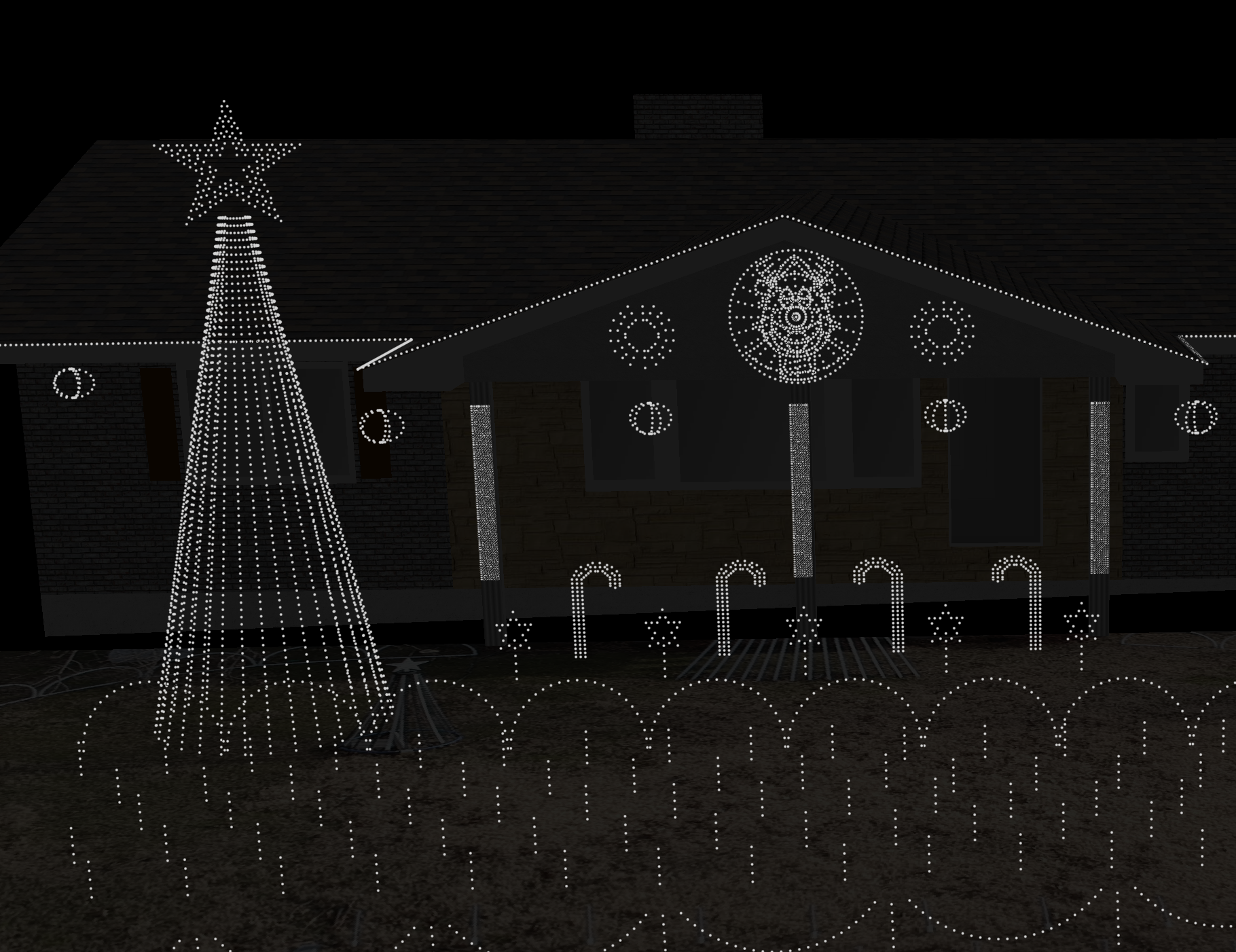